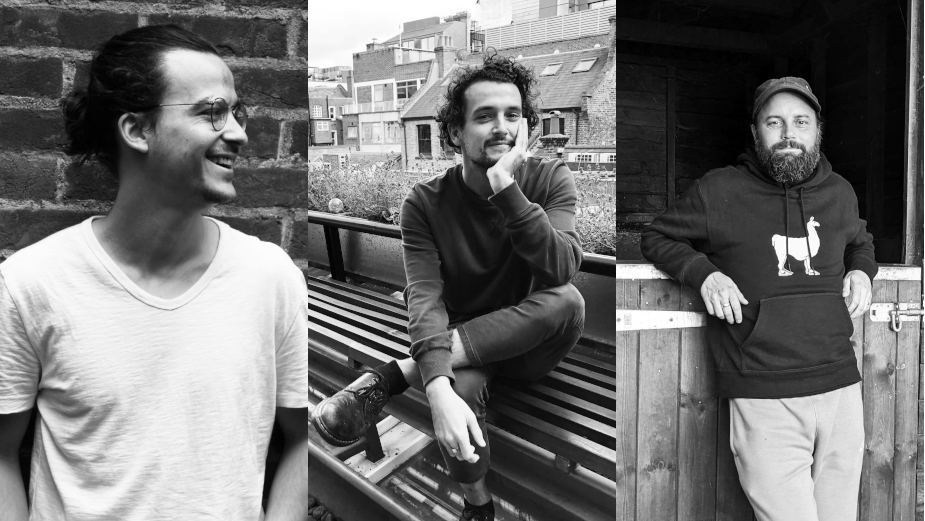 We're pleased to announce we have bolstered our VFX and CGI offering with the appointment of three new artists!

Antonio Jimenez has been appointed as senior Flame artist, Harvey David as Nuke artist and Keith Rogers as CG supervisor.

Antonio Jimenez joins from No.8, where he broadened his portfolio working on projects for the likes of Nike, Sainsbury’s, Adidas and Bumble. During this time, he also developed as a VFX Shoot Supervisor and lists supervising on ASICS’ Cape Town shoot as a career highlight to date.

Originally from Spain, Antonio moved to the UK in 2013 seeking a career in post-production and began his journey as a runner at Big Buoy. Here, he went on to craft global campaigns for brands including Lexus, Lidl and HSBC. He’s worked with agencies such as Spark44, Iris and The&Partnership as well as production companies like Rattling Stick, Iconoclast and Spindle.

“It’s funny – my entire VFX career has taken part in the same 100m²!” says Antonio. “I’m pleased to be starting a new chapter at Absolute, they have an amazing reputation for their relationships and their talent. I truly believe this is going to be a great opportunity for me to develop as an artist.”

Harvey David joins from UNIT, where he helped form their film & TV department succeeding a stint at Glassworks. His first ever project was a spot of rotoscoping on Black Mirror’s ‘Bandersnatch’, which he cites as “arguably the smallest contribution ever, but an incredible introduction to VFX!” More Netflix work followed suit, including his favourite piece to date, ‘No One Gets Out Alive’, a feature film for which he completed the visual effects for the duration. Apple, HBO and BBC are amongst other high-profile brands who have benefited from Harvey’s creative compositing skills.

Harvey’s zest for the industry is plain to see: “I get to be myself in the office, wear normal clothes, learn, create and experiment - it's surreal and I'm surrounded by the most talented people - what more can anyone ask for?” Of his new role, he muses, “There are so many things to be excited about with this move. Working for such a well-respected studio is enough in itself, but I think the real value is in the team.”

Keith Rogers joins the team permanently following a ten-month freelance stint at Absolute, during which time he collaborated with the CG team on projects for Lidl, BBC and Galaxy, as well as leading the team on Meow Wolf’s beautifully bizarre ‘Convergence Station’. (If you haven’t seen it yet, you really must give it a watch.) Previous tenures at Saddington Baynes, Glassworks and Blink have seen him work across spots for Jaguar Land Rover, Tiger Beer and Unilever amongst many others. But it was a Christmas single for Lil Nas X that really upped his cool stakes... according to his eleven-year-old son, anyway. Cue new career highlight.

Of his appointment, Keith comments: “Having freelanced with Absolute for quite a while, I realised it’s somewhere I’d love to be full time. The people have made me feel so welcome and I instantly had a rapport with them, not to mention the client base and range of productions. I’m really looking forward to crafting some amazing work.”

David Smith, Absolute’s Founder and CEO says: “Our newest team members bring with them experience, expertise, but above all, enthusiasm. Absolute has always been about the people and their passion, and Antonio, Harvey and Keith embody that by the bucketload.”