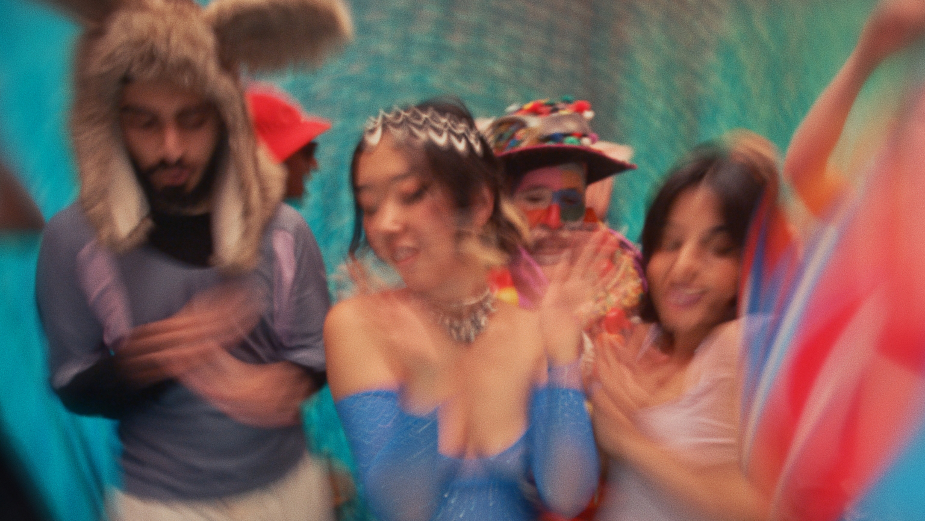 Editing with LiDAR: Making the Cut for Jitwam’s Psychedelic Trip(s)

Musical artist, Jitwam, has released two psychedelic music promos which marry live action footage with exports from iPhone’s LiDAR (Light Detection And Ranging) feature. Directed by Vivek Vadoliya with edit and grade completed at Absolute, ‘Stranger Danger’ and ‘Confidence’ both utilise the technology, sometimes known as ‘3D scanning’, which bounces light waves at surfaces to record and measure shapes, reaction times and distances within an environment. Whilst LiDAR technology can be used for more ‘basic’ measuring tasks, apps such as Record3D allow for a more vibrant outcome. Attaching his iPhone to the Steadicam, Vivek utilised the app’s ‘Colourmaps’ setting to capture some trippy, psychedelic footage, before supplying Absolute’s editorial team with H264 copies direct from his phone.

‘Stranger Danger’ comprises three alternate aesthetics to represent the body, mind and soul. It opens in a mundane office before we’re sucked into the computer screen to experience chaotic, wormhole transitions in a playful LSD-esque environment. Tom Higgins, editor, admits a soft spot for the experimentation afforded when editing music videos. “There’s often hurdles to overcome, but with that comes a great sense of creative licence. I'd seen LiDAR used in a technical sense, but I was unaware of the different viewing modes possible through apps. It was initially a challenge to line the LiDAR up with the raw footage in Premiere, but rather than avoiding any tricky shots, I played into it and relied on them to help sell the idea of spiralling from reality. I also used a LOT of After Effects plug-ins to enhance and manipulate the LiDAR footage.”

Meanwhile, ‘Confidence’ is a mash-up of built-up pink and purple gradients, with the camera looping between Jitwam and the instruments and the narrative flipping between the real-world and a displaced LiDAR environment. It’s an aesthetic which editor, Tom Boucher, found extremely rewarding to piece together. “Certain camera movements between different image planes made members of the band seemingly materialise out of thin air! Working with something so textural and unpredictable definitely set this project apart and we played around with displacement maps and chromatic aberration, too.

“We found that certain settings within the app dramatically affected the clarity of the footage, so there was a bit of back and forth with Vivek to ensure we had the appropriate footage to achieve the desired look. This project involved a great deal of research and development, which only moulds you into a more versatile editor. I was still enjoying the track, even towards the end of the project, which doesn't always happen when you’re replaying music videos constantly in an edit!”

The pair credit a tandem workflow as mutually beneficial, as they were able to bounce ideas around and try different approaches across the board, whilst ensuring the films remained in the same (parallel) universe. As for the future of LiDAR footage? “It’s certainly intriguing, as it will only get better and more accessible”, muses Tom. Boucher adds: “I think we’re going to see directors capturing LiDAR footage more and more, especially since we can employ the technique on our phones.”