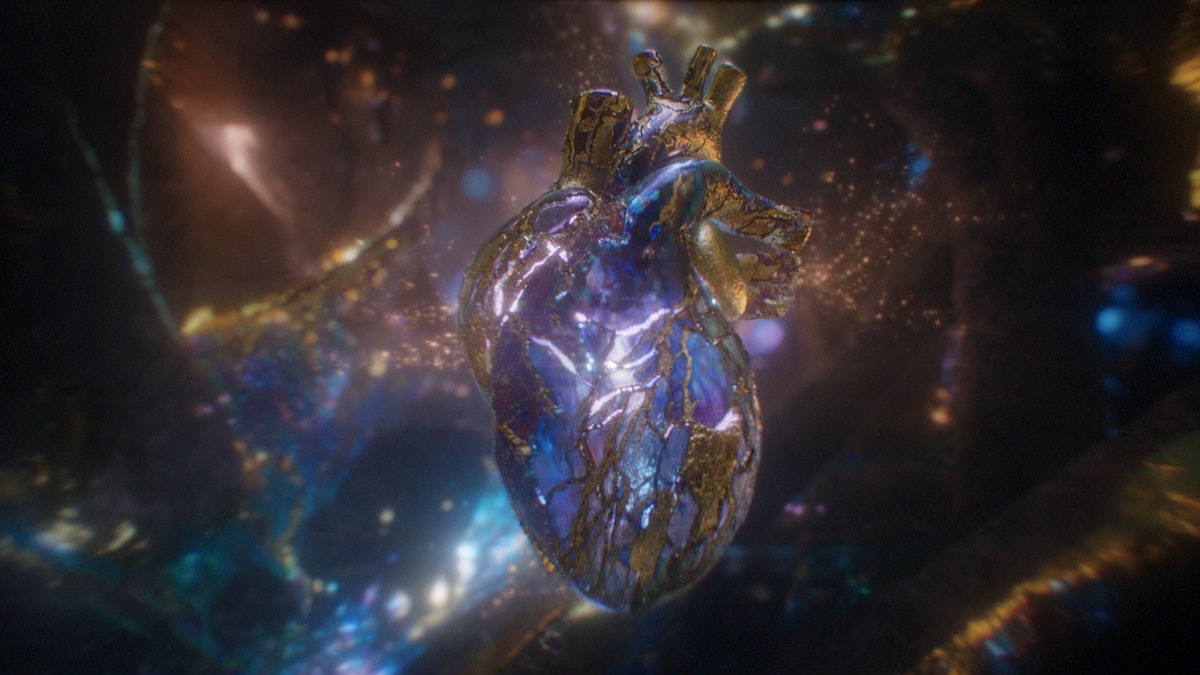 International streaming service Starzplay is no longer, but ‘It Lives On Lionsgate+’. The rebrand is celebrated through a 60” film of the same name, which sees cast members fuelled by the shock, suspense and humour of the entertainment on offer. The physical reactions of these emotions ignite three bodily organs – brain, stomach and heart - perceived through otherworldly visual effects in a collaboration between a trio of visual effects powerhouses. Untold, Future Deluxe and Absolute bring the magic, with each studio designing a stylised aesthetic of their designated organ. The end result? A visceral, sensory experience, which harmonises craft with narrative, edit and transitions to pull viewers (quite literally!) into the heart of the action.

It was matters of the heart for Absolute, who were tasked with the design and execution of this vital circulatory organ, reachable through a macro nasal passage. The final execution is a beating, geological-inspired heart, illuminated via a constant light prism set within an enchanting chamber. But research, development, and a passionate team were integral to perfecting the creative.

“From the beginning, we had one clear intention”, states Absolute’s Head of CG. “To create art. We’re a team of artists, inside and outside of work, so it was an exciting opportunity for us to each bring a multitude of personal techniques and skills into the fold.” On reading Director, Finn Keenan’s brief, the studio’s 3D and 2D artists joined forces to produce a detailed mood board of textures, references and ideas. Whoever said treatments were only for directors?!

“It was one of the coolest mood boards I've seen, with inspiration being drawn from vibrant corals, underwater lava formations, precious stones, 'the world's largest crystal cave' and Kintsugi (the Japanese art of repairing broken pottery)”, says 2D Lead, Harvey David. “We drew no creative lines between 2D and 3D – we opened the floor to everyone and let the ideas do the emotive heavy lifting.” But the true secret behind it? “We were always chasing fascination”, says Harvey.

“As a team, we even hit a gallery or two over lunch”, explains Creative Director, Jonas McQuiggin, who attributes the success of the final output to the tireless work in ‘pre-post-production'. “We had artists breaking new ground, making fine art. For us, it was about iterations, rather than immediate perfection. Finn supplied us with a banging treatment and was really receptive to our initial ideas deck. Some things fizzled along the way and others were the gold standard right from that first call.”

Describing the cooperative workflow between three visual effects studios, Jonas believes the creative value of collaborating in this way is invaluable. “From the outset, the collective willingness to produce great visuals was apparent. It was incredibly rewarding to witness each studio lay their own piece of the puzzle and do Finn's vision justice."