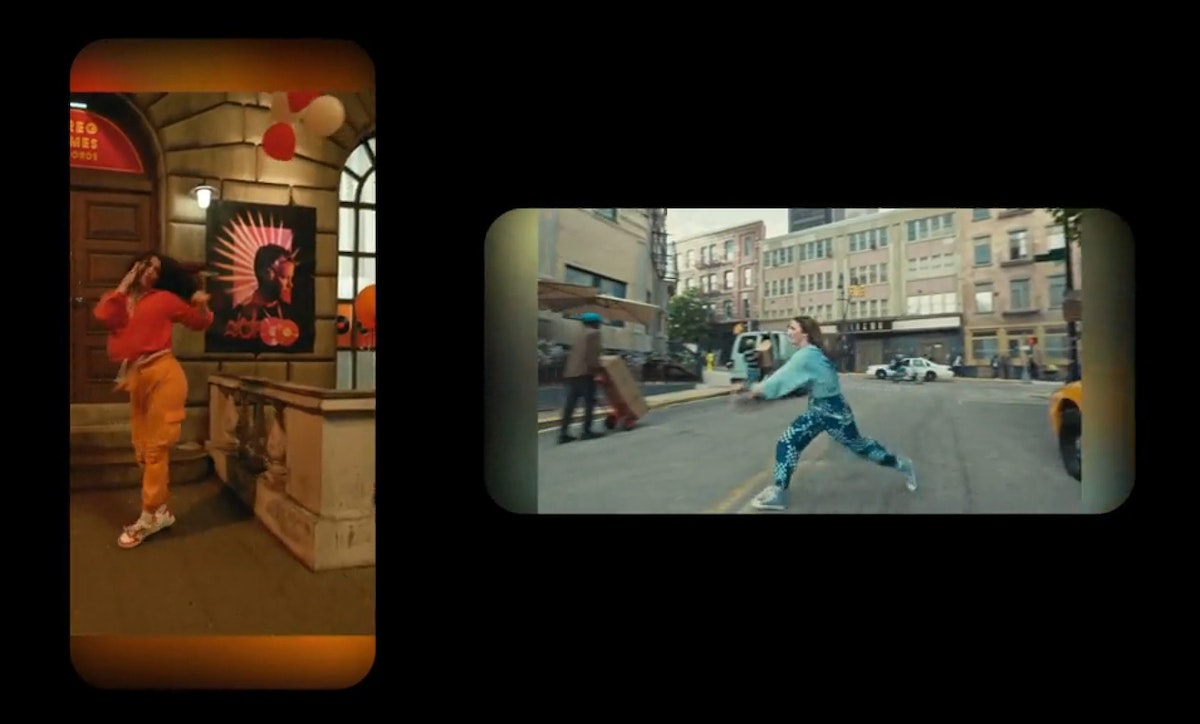 To celebrate the launch of not one, but two brand new Radio 1 streams for BBC Sounds, BBC Creative have developed a first-of-its-kind, interactive campaign alongside director Colin Read. Viewers are treated to a dual performance from two Manchester sisters to introduce ‘BBC Radio 1 Dance’ and ‘BBC Radio 1 Relax’, interchangeable by simply tilting their phone from portrait to landscape.

A perfectly choreographed embodiment of their respective stream, each sister performs to British Music Producer Noizu’s ‘Summer 91’, which forms the soundtrack to both narratives. Digital creative studio, Powester, developed the tech behind the project, leveraging the power of a phone’s gyroscope to flip between the stories, with Absolute completing all post-production.

Colour was of course a key component in differentiating between the storylines, whilst CG balloons and pigeons added an extra layer of magic. Absolute’s VFX Supervisor, Phil Oldham, explains that he was hooked from the moment he read the script: “What the BBC was trying to do was really interesting. Having a dual stream that could seamlessly switch by rotating the user’s phone was a really cool idea. And when Colin layered in the story and wrote the treatment, it really came alive.”

Working with Colin, Phil previs'd both sequences to find the best path for the camera and action to use. “It was amazing watching Colin work”, Phil explains, “he kept the choreographic timings of two very different routines synchronised with lighting cues, camera movements and performances in his head. It was beyond impressive, and we’re chuffed to have been a part of it.”

Head to flipyourvibe.com to experience this innovative approach on mobile platforms now.