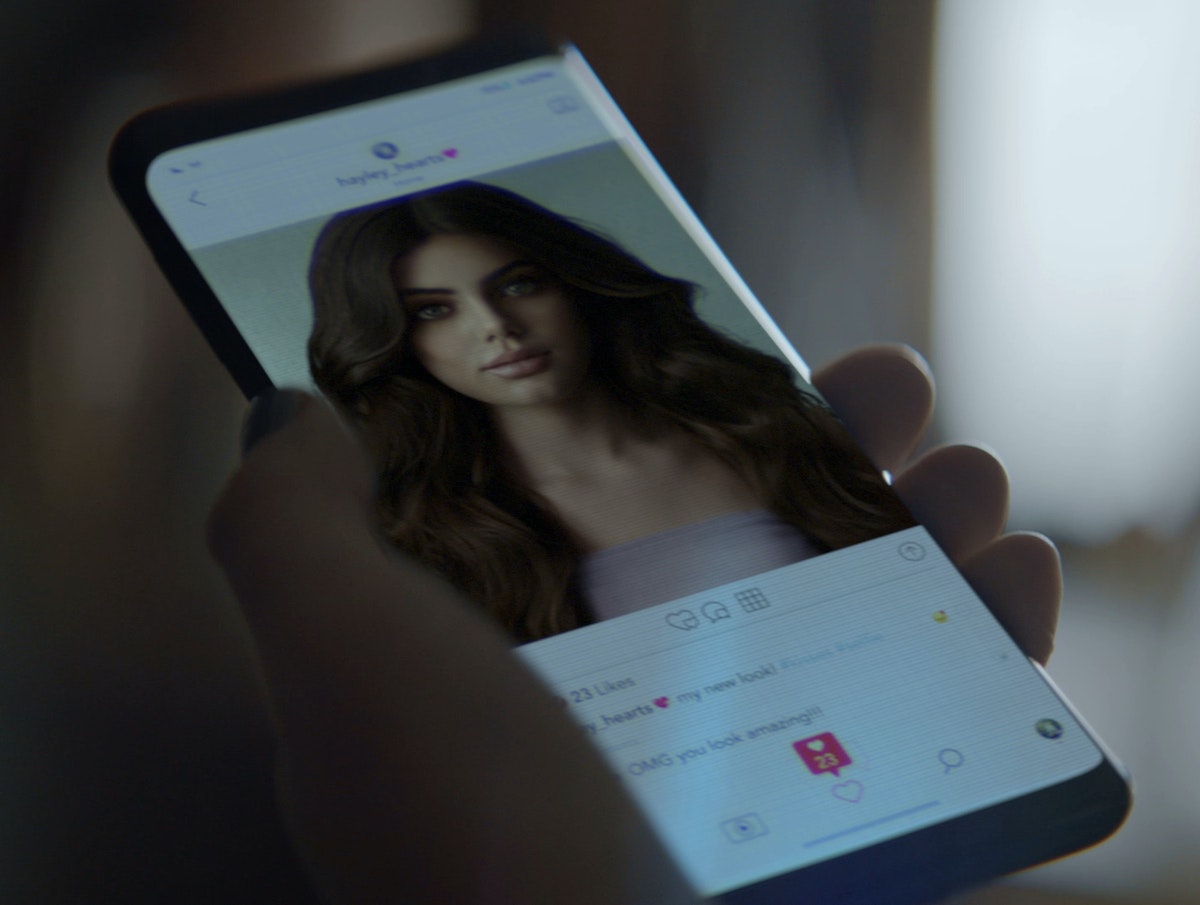 Beauty is in the eye of the mobile phone holder. Social media has long been considered a pressure cooker for the pursuit of perfection, with influencer culture the main ingredient in the recipe of unrealistic beauty standards. Gone are the days of yearning to look like the models on the pages of high-end fashion magazines: technology has given us an all-access pass to manipulate our own bodies from the comfort of our bedrooms in just a few taps. Pose, pinch, perfect, repeat - until we patiently wait for the algorithm to dictate our self-worth based on how many ‘likes’ we’ve received. It’s a titanic force that’s dug its toxic talons into every-day life. But what impact does this nonsensical quest for acceptance have on the self-esteem of those most vulnerable to it – our children?

80% of girls are using retouching apps by the age of 13 and a recent study by The Telegraph concluded that the number of girls unhappy with their appearance doubles by the tender age of 14, due to ‘heavy social media use’.

Personal care brand, Dove, pledge to help ¼ billion young people build positive body image and improve self-esteem by 2030. Their latest campaign, ‘Reverse Selfie’, is a disturbingly honest depiction of what is going on in teenage bedrooms across the country. Conceived by Ogilvy and developed by Benito Montorio through Independent Films, Absolute completed the post-production on the campaign, which raises awareness of the brand’s mission to ‘reverse' the damage of social media.

The campaign was shot at the height of the UK’s second lockdown, which, “at times, felt impossible”, says Director, Benito. “But they say nothing good comes easily and filmmaking is about perseverance. It’s crucial to have invested and passionate partners and Absolute were fantastic. We all had a shared objective, which was to convey this powerful message in a way that was both cinematic and authentic.”

The 60” film opens on a fairly relatable scene: a teenaged protagonist in a modestly decorated bedroom, strewn with teddy bears and family photos. We’re quickly kicked into reverse as a mobile phone occupies the 4:3 frame, a theoretical ‘Photofix’ app the eraser of teen normalcies on a selfie fulfilled of social ‘likes’. The young girl delivers an honest performance as we watch her alter the shape of her face, the size of her features and the blemishes of her skin with ease. A slick of lip gloss, a winged eye and a tousled mane are eradicated, exposing the shocking truth of youth and a hollow vulnerability.

Jonas McQuiggin, Absolute’s Lead Designer on the project, comments on the potency of the campaign: “As a company, we’re a family. We have daughters, nieces and friends/extended family who have young teenage girls. From the moment we saw an offline edit, it was clear that we were making something that was genuinely going to affect audiences.”

Jonas, who built the hugely believable ‘Photofix’ app in After Effects, adds that the balance of ‘invisible’ vs ‘relatable’ VFX was of huge importance: “As a visual effects Artist, if you can’t see what I’ve done, it usually means I’ve done a good job. But for this project, we had the paradox of beautiful, hidden VFX, alongside the immediately recognisable app design within the phone screen. Conveying the heroine’s ‘undo-ing’ seamlessly was imperative to the narrative.”

Absolute’s VFX Supervisor, Phil Oldham, adds, “This was less about traditional VFX where you build imagery from concept through to delivery. We had a reference that was scarily impressive, and it involved a lot of research into how these AI apps work under the hood. We didn’t want our craft to overshadow the emotion. These face-tuning apps are amazing in what they can do. It would have been so easy to have a VFX feast, but the post was crafted in a more subtle - and ultimately far more powerful way.”

The main challenge, Phil explains, lay in maintaining authenticity. “This film is set in the real world and these things are happening every day, everywhere. The project was a rare beast; An important ethical message, artistically challenging, all while working with driven, highly creative people. Ogilvy’s creative team were instrumental in educating us about the psychology and mindset of this young girl.”

The pair list experimentation and exploration as key workflows throughout the project, with Phil crediting Director, Benito, for allowing space to trial different techniques: “Benito is a fantastic Director. With the action in reverse, it’s so easy to get lost. Benito always kept a close eye on the narrative and emotional arc, but he also let us experiment and challenge, which is such a treat.”

“Replicating the apps was a very organic explorative process” adds Benito, “Our goal was to be faithful and realistic to how a girl of thirteen would utilise them.”

Commenting on the core message at the campaign’s heart, Jonas explains, “This project speaks volumes about how young girls see themselves. We, as a society, both offline and online, need to help them understand that it’s a just an image. This campaign can peel back those layers and inform those vulnerable of the tools to alleviate social pressures.”

Phil concludes, “In the same way Doves' ‘Evolution’ campaign for real beauty had an impact fourteen years ago with photo retouching, there is a desire to do the same again with social media. I have a four-year-old daughter and these apps scare the hell out of me, so it was a wonderful, important project to be a part of.”